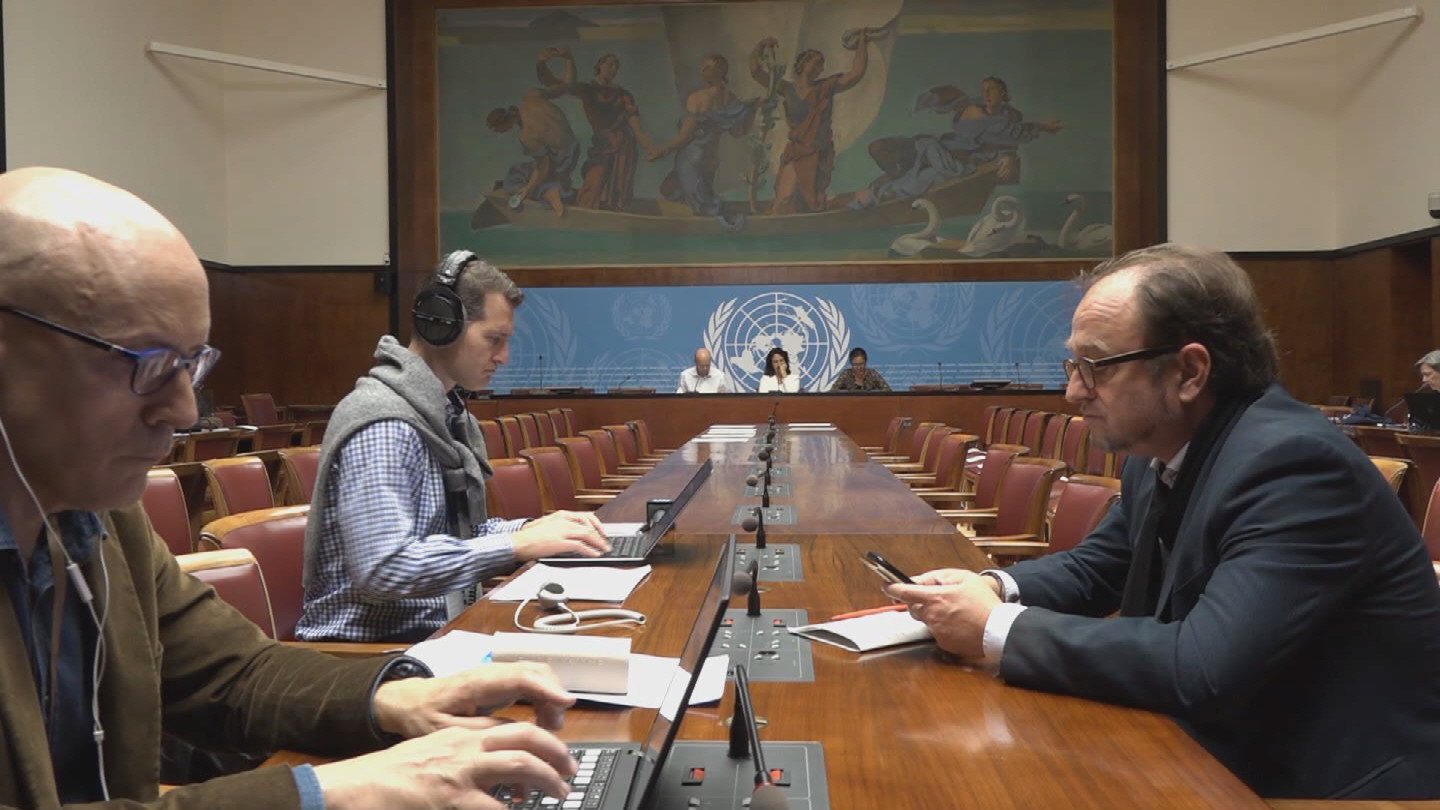 In Geneva, UN Children’s Fund spokesperson Marixie Mercado explained that almost a million children were affected in the west African nation, which until a few years ago was among the most settled and peaceful in the region.

Insecurity – and to a lesser degree, extremely poor access – have left around 65 per cent of both regions out of bounds to aid workers, who’ve face increased attacks and risk being taken hostage, as do civilians.

Referencing to separatist clashes that began in late 2017 that was linked to alleged discrimination against the country’s English-speaking regions, Mercado said, “what began as a political crisis in the northwest and southwest regions is now a quickly deteriorating humanitarian emergency.”

She insisted, “around 1.9 million people, about half of whom are children, are estimated to be in need, an increase of 80 per cent compared to 2018, and an almost 15-fold increase since 2017.”

With security worsening in rural and urban areas, particularly in the northwest, UN humanitarian coordinating office OCHA insisted that human rights violations continue to be committed by both separatists and Government forces.

In its latest situation report on Monday (05 Nov), OCHA stated that arbitrary arrest, burning of villages and indiscriminate killing of civilians are conducted with impunity.

For a growing number of youngsters, the situation has deprived them of an education, with thousands of schools closed amid threats by separatists seeking leverage for a political solution to the crisis.

Mercado said, “three years of violence and instability in the northwest and southwest regions of Cameroon have left more than 855,000 children out of school.”

Thousands of youngsters “are living in fear”, she added.

In all, nine in 10 primary schools – more than 4,100 – and nearly eight in 10 secondary schools (744) remain closed or non-operational in the troubled northwest and southwest since the start of the school year in September.

The UNICEF official explained, “fear of violence has kept parents from sending their children to school and teachers and staff from reporting to work.”

In a bid to help children who’ve been prevented from learning, community-run learning activities have been organized.

UNICEF has also purchased reading books and other learning materials for 37,000 school-aged children, as well as broadcasting literacy and numeracy lessons by radio, offering a nine-month cursus.

Security fears continue to hamper the work of humanitarians however, with 529 recorded security incidents in the southwest and northwest since the beginning of the year, according to UNICEF.

Since August, this has meant that a growing number of aid organizations have faced hostage-taking and extortion, while five out of seven attacks against aid workers took place between September and October.

Mercado said, “in the southwest region, access has improved slightly and we have been able to conduct more missions during the second quarter of the year compared to the first, and to reach places that haven’t been accessible for a year or more.”

He said, “when armed groups like this kidnap students on the way to school that’s absolutely horrific and must be condemned.”

The OCHA spokesperson noted that lack of funding continues to be a major issue in Cameroon, with the $299 million appeal for 2019 only 41 per cent funded.

In May, UN High Commissioner for Human Rights Michelle Bachelet welcomed the Government’s openness to work with the UN Human Rights Office, OHCHR, to seek effective solutions to the major human rights and humanitarian crises caused by the serious unrest and violence taking place in the country.