Investigations, exclusives, and special reports dominate our most-read stories this year, but there’s room for some timely analysis and the odd news feature. Find out which IRIN articles created the most buzz in 2018 (by unique pageviews, most-viewed first). And once you’re on top of the news, why not test yourself with our year-end quiz?

Emmanuel Freudenthal became the first journalist to spend time with an anglophone armed group, trekking for a week with them in the sun and rain, across rivers and up steep hills, through dark rainforests and fields of giant grass. In this two-part series, he explored the make-up and motivation of the Ambazonia Defense Forces, and how the civil war brewing in Cameroon was changing the lives of fighters, civilians, and refugees. 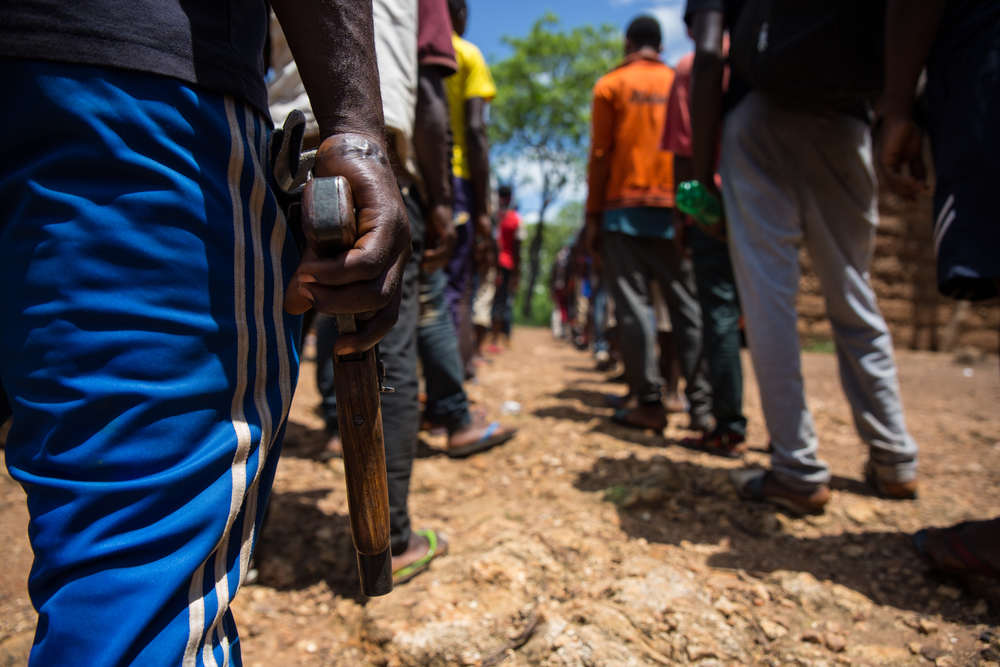 IRIN found that the man at the centre of Oxfam sexual exploitation scandal was dismissed by another British NGO seven years earlier for similar misconduct. A former colleague revealed that Roland van Hauwermeiren was sent home from Liberia in 2004 after her complaints prompted an investigation into sex parties there with young local women. 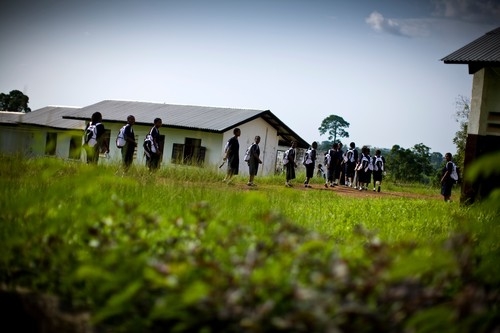 In February, the UN said nearly 400,000 civilians were trapped in the Eastern Ghouta suburbs of Damascus, the latest battleground in a series of bloody rebel defeats in Syria’s cities. Syrian President Bashar al-Assad’s forces and his Russian allies seemed poised for a major ground offensive on the besieged insurgent enclave. Syria analyst Aron Lund unpicked what we knew, and what we didn’t. 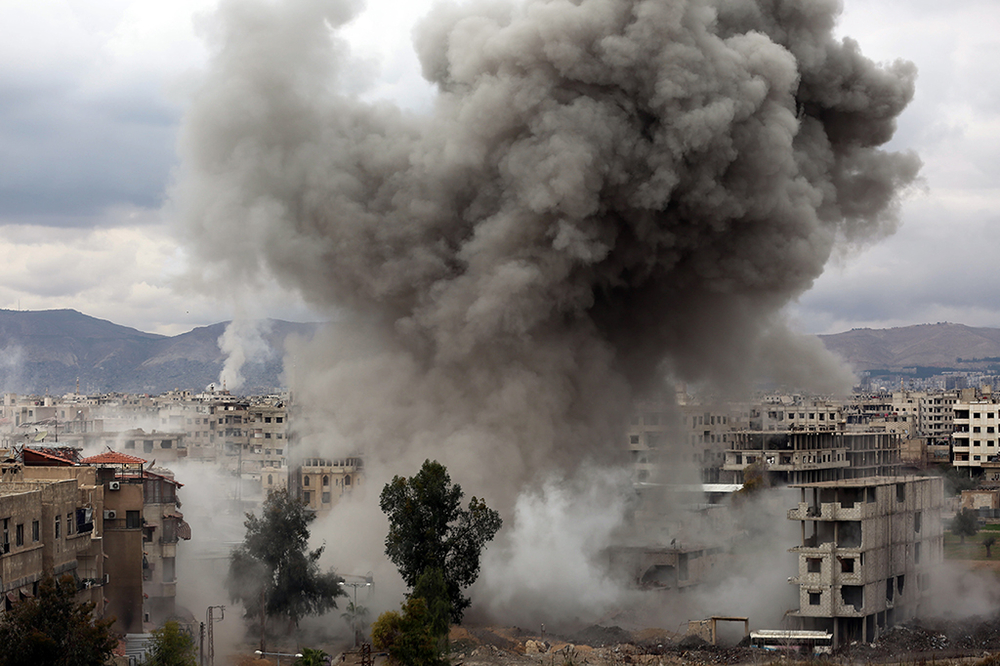 This damning internal probe by the UN into waste and corruption in refugee operations in Uganda in 2017 went unnoticed by many. Ben Parker read the fine print and exposed the extent of mismanagement by the UN’s refugee agency, including a $7.9 million contract for road repairs awarded to a contractor with no experience in road construction. 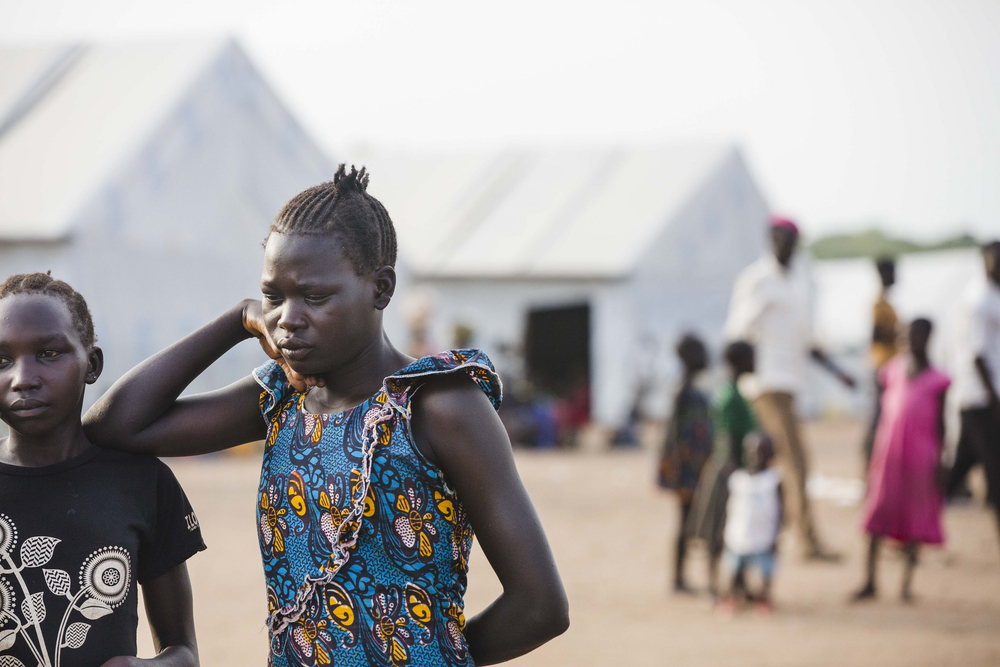 Inter-ethnic conflict over scarce resources saw more people internally displaced in Ethiopia in the first half of 2018 than in any other country. In the second half of the year, peace and an open border with Eritrea saw a sudden spike in Eritrean refugees. Addis Ababa-based reporter James Jeffrey travelled to the border regions to speak to new arrivals. 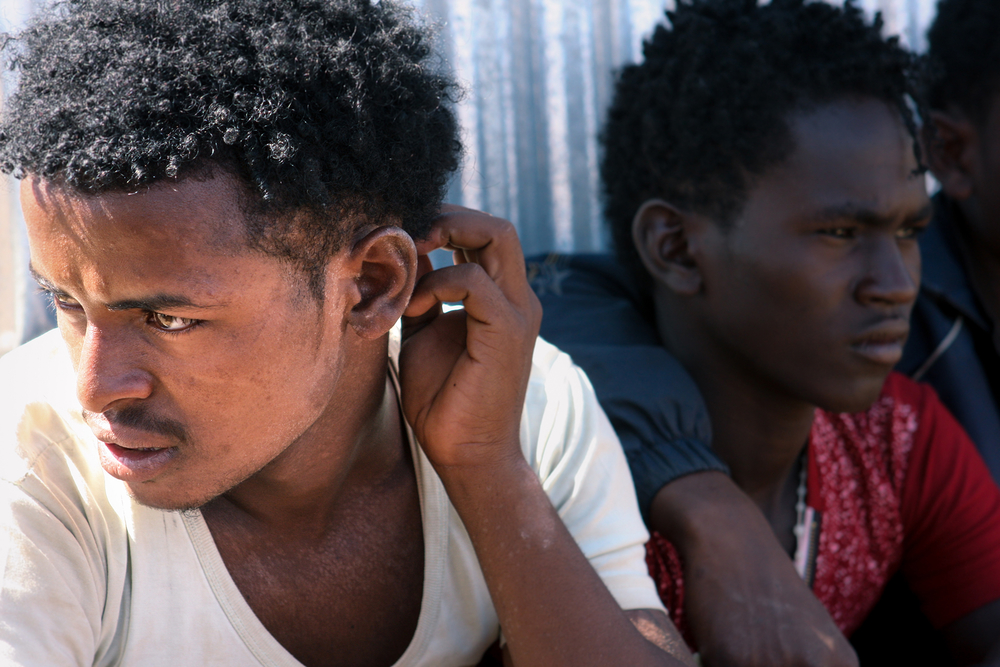 Inside the EU’s flawed $200 million migration deal with Sudan

As millions of dollars in EU funds flow into Sudan to stem African migration, asylum seekers say they are increasingly afraid and living in fear of exploitation. In interviews with dozens of Eritreans and Ethiopians, as well as local journalists and lawyers, reporter Caitlin Chandler documented allegations of endemic police abuse, including extortion, violence, and sexual assault. 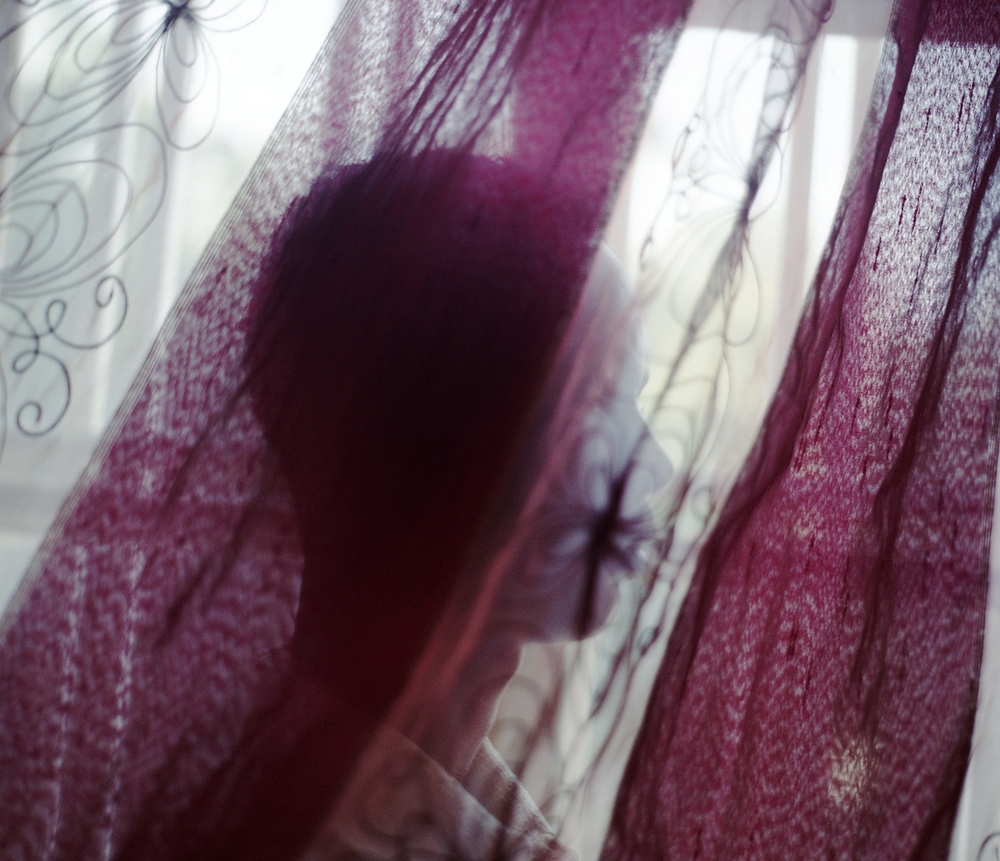 2018 was a year in which #AidToo scandals tarnished the image of the sector. In February, Justin Forsyth resigned from UNICEF, becoming the highest-profile departure in the widening scandal sparked by the Oxfam sexual exploitation case. Former colleagues of Forsyth told IRIN of their disappointment at what they saw as a half-hearted apology that failed to properly acknowledge his past misconduct. 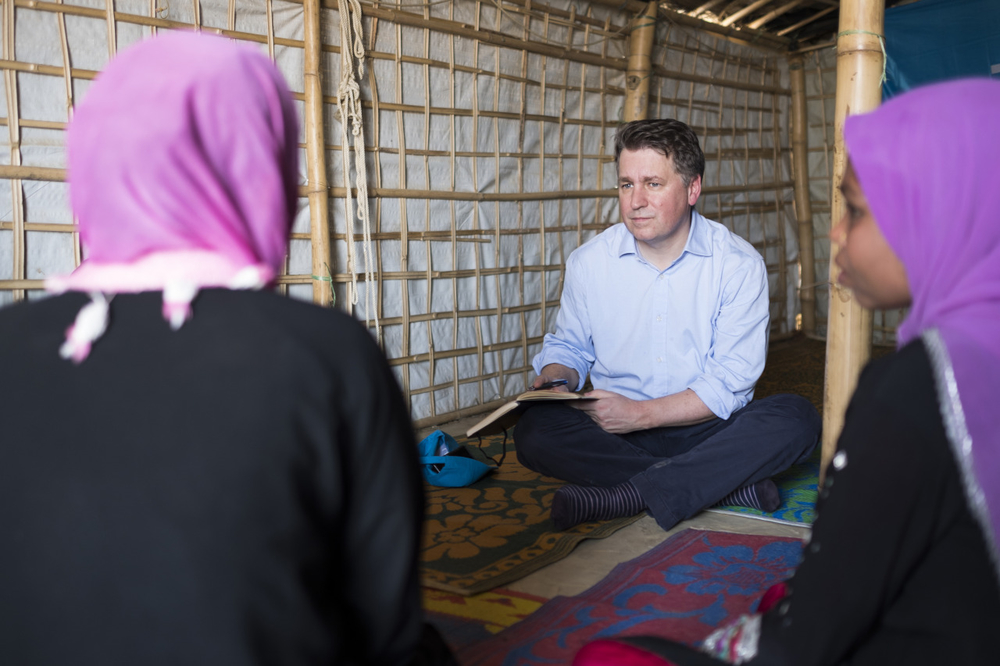 The year that brought us GDPR disclaimers also brought some belated realisation in the aid sector about the importance of data protection. In January, after an internal audit slammed failings across its systems, the World Food Programme told IRIN’s Ben Parker it was “working to get ahead of the curve” on data-handling, would address weaknesses, and spend more on systems.

Sudan, again. This time allegations of corruption within the UN’s refugee resettlement operations in Khartoum. Investigating the programme over a 10-month period, journalist Sally Hayden uncovered a bribery scheme that prompted it to be shut down while the UN refugee agency mounted an investigation. Her follow-up in July found further problems as potential witnesses expressed fears of retaliation and concerns over a lack of protection. 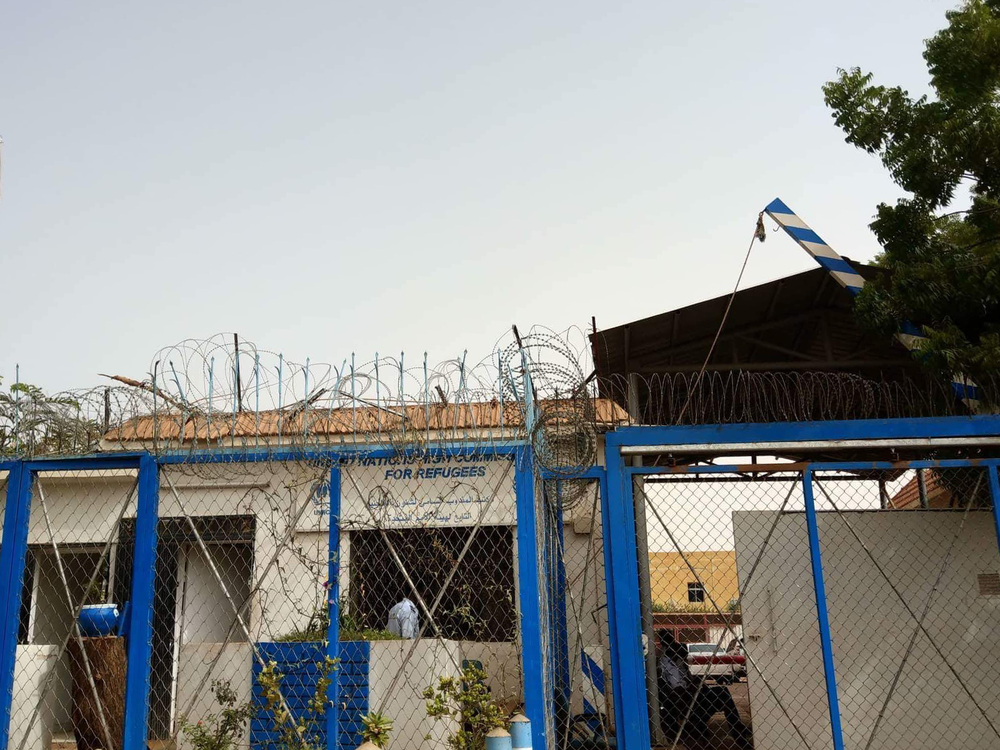 In a year in which Yemen was described as the world’s worst humanitarian crisis, the aid largesse of Saudi Arabia came under the microscope. IRIN revealed the extent of Riyadh’s PR offensive as critics suggested its multi-billion dollar aid plan amounted to propaganda and could reduce imports of vital goods into a key port held by the Houthi rebels, Saudi Arabia’s opponents in the three-year war. 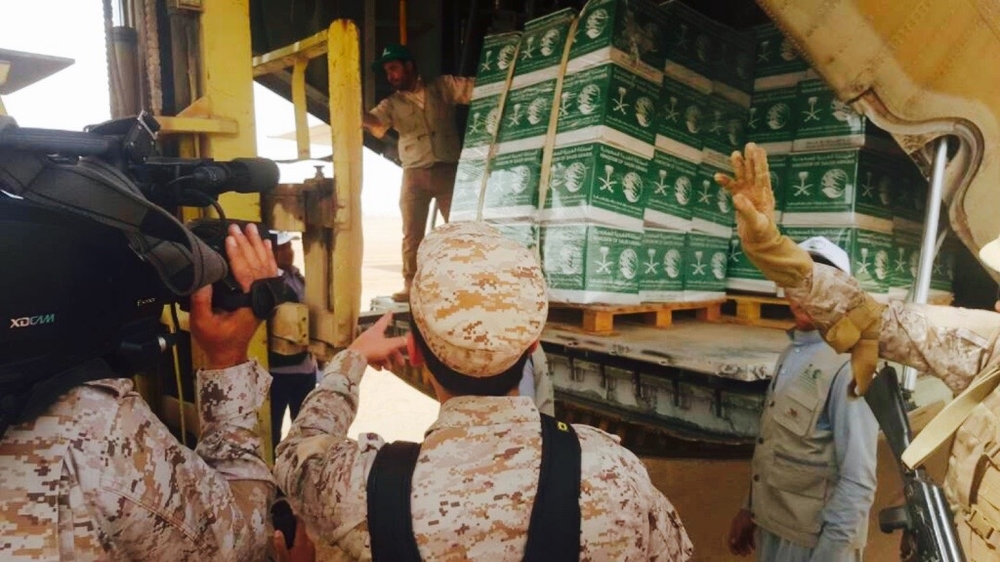 (TOP PHOTO: Refugees from anglophone areas of Cameroon in camps across the border in Nigeria. CREDIT: Emmanuel Freudenthal/IRIN)

ABUJA A vaccination center in Nigeria’s capital, Abuja, is swarming with people, a sign that Nigeria’s campaign to vaccinate more people against yellow fever appears to be making headway.As part of the effort, Nigeria’s government partnered with the …

NAIROBI Kenya’s economy expanded faster in the third quarter of this year than in the same period last year due to strong performance in the agriculture and construction sectors, the statistics office said on Monday.The Kenya National Bureau of Stati…

JOHANNESBURG Millions of citizens in the Democratic Republic of Congo voted Sunday in a contentious, chaotic national election that has been repeatedly delayed and marred with glitches and allegations of rigging. While voting day, too, was marked by …

LAGOS Shehu Shagari, Nigeria’s second president, whose civilian tenure was sandwiched between two military rulers in an era rocked by coups, has died. He was 93.Nigeria’s current President Muhammadu Buhari, who unseated Shagari 35 years ago, said on …